One million affordable homes a ‘tall order’ for Malaysia KUALA LUMPUR: The government’s plan to build one million units of affordable homes within the next 10 years can be achieved albeit being a tall order, CBRE|WTW managing director Foo Gee Jen (pic) said, citing scarcity of land and private-sector limitations as main concerns.

“While there’s still a lot of land bank in many states, there is a scarcity here [in the Klang Valley]. It would be good if the state governments can offer their land [to meet this target]. If not, it would be a tall order for the government to deliver the target,” Foo told a press briefing on the CBRE|WTW 2019 Asia Pacific Real Estate Market Outlook Report yesterday.

The housing and local government ministry recently announced that it intends to build one million units of affordable homes within the next 10 years (or two election terms) as per the Pakatan Harapan’s manifesto promise to enable more people, especially low-income earners, to be homeowners. To meet this goal, it aims to build 100,000 units a year beginning this year.

Still, Foo hopes that the current government will not fall short of its target as to what was experienced under the previous Barisan Nasional-led government that had promised to build a million affordable homes in five years.

The previous government achieved less than 20% of its target.

“I do have hope with the new government and that the target is achievable as it is over a 10-year period,” he said.

In March last year, former prime minister Datuk Seri Najib Razak was reported as saying that of the one million homes promised, 139,338 units had been completed, 311,281 were in various stages of construction and the rest were in the planning or pre-approval phase.

Foo also noted that the government’s approach to the building of affordable homes is more private sector-driven, even though many developers have voiced that rising land prices have made it difficult for them to build cheaper homes. Some have said they have had to raise prices of medium- to higher-ranged homes in order to make up for the lower pricing of affordable homes for the bottom 40% household.

As such, he is of the view that there is a need to relook at the national housing policy.

“We should not put this [responsibility] entirely on the private sector because if it is fully driven by them then there will likely be cross-subsidy with the middle 40% (M40) group.

“And if there is too much cross-subsidy then the M40 will suffer,” he added.

Foo said the location of the affordable homes is another important factor to tackle. He cited the case of 10,000 affordable homes built in Bukit Beruntung, Selangor, where sales slumped due to its location.

On the property market outlook this year, Foo said it will continue to be subdued, with low occupancy persisting for high-rise projects in the residential sector.

Foo said the recovery of the property market will take time, with price corrections occurring this year, especially for high-end properties which could see up to a 20% correction.

Foo also noted that developers are more cautious in launching new projects amid the soft market. “Affordability continues to cast challenges to the residential segment. That’s because purchasing sentiment is weak as Malaysians are becoming more prudent in purchasing big-ticket items like properties,” he added. 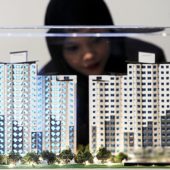 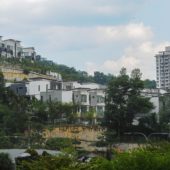